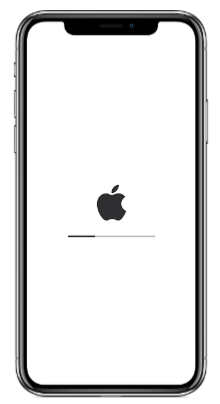 You would be excited about the new iOS update, like new emoji, then you try to download and install the update. But unfortunately it doesn’t go well as expected. Your iPhone just won’t update.

I know you’re frustrated. But you won’t be stuck there. In this guide, you’ll learn the real fix to fix your iPhone won’t update issue. Read on to find how…

Here are a few fixes according to different reasons that may cause the iPhone won’t update issue. You may not have to try them all; just work your way down the list until you find the one that works for you.

If you’re installing the iOS update, you’ll see the process bar appear to move slowly. The time an update takes depends on the size of the update and the number of files on your iPhone.

If the update takes long time and never completes, and the process bar hasn’t moved for an extended time, try to force restart your iPhone.

Here’s how you can force restart your iPhone:

If you’re using an iPhone 7 or iPhone 7 Plus: press and hold both the Volume Down and Side buttons for at least 10 seconds until you see the Apple logo.

If you’re using an iPhone 6s or earlier: press and hold both the Home and Top buttons for at least 10 seconds until you see the Apple logo.

Once you iPhone boot into iOS, try to install the update again to see if it completes successfully. If it get stuck again, you have something else to try…

Fix 2: Check if your iPhone has enough available storage space

Follow these steps to check if your iPhone has enough available space:

If the free space on your iPhone is less than 1GB, we highly recommend making room for the update manually.

You can remove content those take up a large amount of space and apps that you don’t use.

Once you do, try to install the iOS update again to see if it goes well. If it fails still, don’t worry, move onto next fix.

Fix 3: Check the network connection on your iPhone

iOS update requires a network connection on your iPhone. The time it takes to download the update varies according to not only the size of the update, but also your Internet speed.

If you’re sure the network is not to blame or the update keeps failing after your iPhone connects to a strong Wi-Fi connection, don’t give up hope, there’s other fix for you…

Fix 4: Update your iPhone with iTunes

Hopefully this helps. Feel free to comment below with your own experiences.

April, a Microsoft Certified Professional(MCP), aims to make readers' tech life easy and enjoyable. She's passionate about helping people solve their computer, phone & app woes. That's not giving you a lot of detail, is it? So read more from the following articles.

View all of April Cai's posts.

How to Rotate Screen on Mac in Seconds!

iMessage Needs to Be Enabled to Send This Message