By offering a better choice, control, and cost, streaming services have thrived over the years and gradually replaced cable TV as a fashionable new way of home entertainment. Whether you’re making the switch to a cordless option, or you’re simply trying out a new service, there are actually quite a number of live TV streaming services for you to choose from. And here we’re helping you sum up the 5 best of the bunch. Read on…

The entry package is known as Entertainment. At $69.99, it gives you 65+ live TV channels for a healthy mixture of sports, movies, news, family, and entertainment programming. The second tier is the Choice plan, which includes what’s mostly available on the Entertainment plan and packs in Regional Sports Networks (RSN), tacking the channel count to 90+.

The higher packages, namely Ultimate (priced at $104.99), and Premier (that sets you back $134.99/month), carry the capabilities of the lower-tier plans and add more to their own. The former is more targeted at movie buffs while the latter is for sports fans, channel flippers, and hard-core TV enthusiasts all around.

Limited-time Offer: $30 Off Over Your First 2 Months

Currently, all four packages offer big-time TV channels such as HBO Max, Showtime, Epix, and Cinemax for 3 months at no extra cost. So grab the deal while it’s still live.

Hulu takes the second spot in our list of best live TV streaming services. The $69.99 per-month Hulu + live TV plan, coming in a bundle with Disney Plus and ESPN Plus, has something for everyone.

Devoted sports fans can stream games and live events on a number of other regional, local and national networks, which include  ESPN, ESPN2, NBC Sports Network, TBS, and so on. News junkies can tune in to CNN, FOX News, MSNBC as well as the local and regional networks depending on where you live. Other viewers can get access to an assortment of entertainment, from kids-favorite shows, documentaries, and classics to comedies and thrillers (including Hulu originals). If interested, you can navigate to Hulu Networks to have a general view of Hulu’s full lineup.

Hulu + Live TV’s unlimited DVR comes with the fast forward feature, which means that you can record the shows as they air without storage limits, and you can skip the commercials if you don’t have the patience to wait them out.

75+ live channels, Hulu originals, ESPN+, Disney+. All in one place.

Sling TV is the kind of service that gives you the best bang-for-your-buck value. It splits its options into two tracks: Orange and Blue. Both cost $35/month, with the former geared towards family and sports fans, and the latter more focused on entertainment and news.

Apart from the essentials you get from your desired track, you can personalize your package with the Extras, ranging from the news add-ons, 200-hour DVR storage packs, and sports add-ons to international language specials. Of course, if you’re into both plans, you can pay an additional $15/month to get the 47-channel combo (Orange+Blue).

No years-long contracts. No hidden fees.

Priced at $69.99 per month, the 130-channel starter package boasts professional and college sports, NFL Network, live events as well as some non-sport offerings such as CBS, FOX, National Geographic, and Comedy Central. The next tier is the Elite plan, which costs you $79.99/month and you get 50+ live TV channels, 30+ events in 4K, the Fubo Extra, and News Plus add-on packages. If you’re a well-rounded sports fan who’s not missing out on niche sports programming, you should choose its Ultimate plan to have the Sports-Plus add-on for an extra $20/month.

Last but not least, there’s a Lanito plan catering to Spanish-speaking TV viewers at only $32.99/month. Unlike the other three, this non-English package features 250 hours of Cloud DVR space and allows for 2 concurrent streams.

Despite its rich offerings, its lack of Turner networks could be a bummer for some subscribers.

At $25/month, Philo offers what amounts to a barebone version of a cable package: 60 entertainment and lifestyle channels (e.g. Discovery Channel, A&E, Sundance TV, and getTV) and unlimited DVR. The bells and whistles such as premium news channels and major sports networks are removed. The cheap service allows you to record an unlimited amount of content and keep the recordings for a whole month. In addition, you can stream Philo on three screens at a time and set up a maximum of 10 profiles per account, which is enticing for large households.

That’s the end of our guide to the best live TV streaming services. Hopefully, it has helped you choose the right package and the right service based on your entertainment needs. If you have any questions, ideas, or suggestions, you’re more than welcome to leave us a comment below.

Enya is a writer at supereasy.com who spends most of her working hours scouring the web to find the best bargains and deals for her readers. A job that combines her two great loves: writing and shopping. She's an introextrovert who loves being out and about, hanging out with friends and exploring new things, but also enjoys staying home and unleashing her inner nerd - reading, getting hands-on with the latest tech, and binge watching clever TV shows and movies. 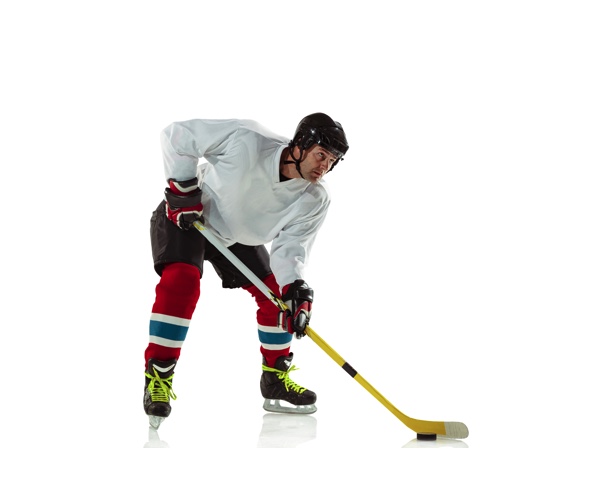 How to bypass NHL blackouts on ESPN+ and NHL.TV